Let’s face it, free water is, well free. Bottled water is expensive and comes with a high cost. Is that convenience worth the cost? Here are some bottled water and plastic bottle facts the bottled water distributors do not want to talk about.

For a more in-depth report on the quality of bottled water, please read The Best Drinking Water Types in US Review

“Well, it is true that some plastics do end up in recycling centers and can be made into sweet new objects like a park bench or playground equipment. The reality is that the majority of plastics go un-recycled. In the United States, the EPA estimates that only 12 percent of plastic waste gets recycled. The plastic materials that don’t end up recycled typically get sent to landfills where they may take as many as 1,000 years to decompose.”

“But all of that anecdotal evidence of plastic in our oceans doesn’t quite tell you the magnitude of the problem. A recent study released this year has scientists estimating that 8.8 million tons of plastic waste ended up in the ocean in 2010. And with plastic use becoming more and more popular for individuals all over the world, it is estimated this figure will increase 10 times over the next decade. Another recent study released by the 5 Gyres Institute estimates that there are currently 5.25 trillion plastic particles in the ocean. Sources of this waste are wide-ranging including plastic fishing nets, food and beverage containers, microbeads from personal care items, cosmetics, straws, and bags just to name a few.”

Is Convenience of Bottled Water Worth it? We are Harming Animals, the Planet and Our Health – More Plastic Bottle Facts

Just within the subject of plastic water bottles facts, we use about 16 million barrels of oil to make the bottle and another 17 million barrels to ship the water across state lines to avoid regulations. The bottles are full of BPA’s or BPS’s. Want a chance to look into the PBA issue yourself? This will give you a great starting place and a good idea of what BPA and what concerns many people.

From the National Resource Defence Council, BPA’s can do all of this:

There is concern that BPA may cause similar health problems in humans. More than 90 percent of the general population has BPA in their bodies, at levels close to those which have been shown to cause harm in animal studies.

As in the case of BPA in plastic bottles we use for drinking water, many times the product is warehoused in hot conditions for months or even years before they reach a consumer. The heat increases the leaching of the BPA into the water much like keeping the bottle in a hot car during the summer.

All of this adds up to a possible health epidemic of nationwide proportions in the coming years. We can discuss the issue on the ground with the people who have the economic motivation vigorously defending their side of the story. The debate can go on forever as the issue manifests itself into an increasing healthcare management cost while people suffer health challenges as the cost for the corporate profit.

Who has Your Loved One’s Health in Mind?

What do you think the water bottle distributors are more concerned about, profit or your health? Another plastic bottle fact is its costs. The distributors need the least expensive bottle cost they can manage.

The Economic interest of the production corporations is not going to defend your family’s health. It would seem, in my opinion, the Government is looking at Lobbyists’ re-election checks and not our health.  The point is this; Your health is your responsibility and choice to make. It is the same with the water you drink, the food you eat and the air you breathe. Your family needs a shelf preventive health mindset.

When talking to people everyone seems to agree that consumers suffer the health care costs of the increasing pollution of where we live. Most don’t think there is much they can do about it. But there are things you can do!  You can vote with your wallet, your purchasing power. In the movie Food Inc, we saw Walmart executives getting into safer sources of food, not because it was the right thing to do, but because of the economic reality of consumers fed up with an increasingly unsafe food chain. You can look for companies you can trust with your health and as a shameless plug, I nominate Nikken as that company.

Let’s ask the question again, now that you may know a tad bit more about bottled water and plastic bottle facts.

Is the short term convenience factor of bottled water in plastic bottles really worth the looming long-term health costs?

You decide for your family then vote with your pocketbook.

Hint: this is what is needed for water to be healthy. 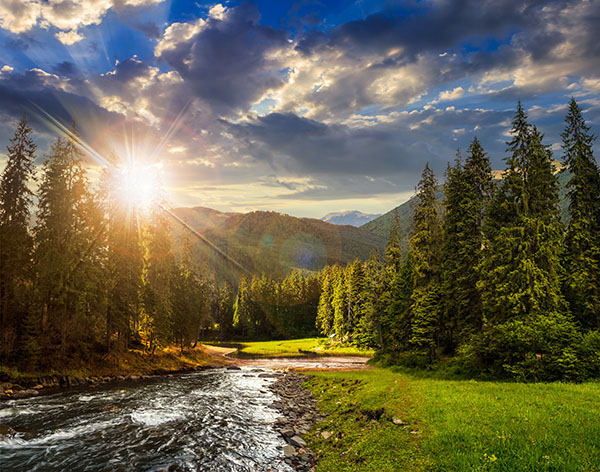 2 thoughts on “Bottled Water and Plastic Bottle Facts – Is Convenience Worth It?”